Palmerston Fort – OMNIE Underfloor Heating, Heat Pumps & Ventilation
We - and our partners - use cookies to deliver our services and personalise your experience. By using our website, you agree to the use of cookies as described in our Cookie Policy.
×
Home | Case Studies
Case Study

The famous Palmerston Forts arranged along the South Coast of England were built to be solid enough to resist invasion by Napoleonic forces, but the resulting thermal mass and exposed locations make them very hard to heat. It is, however, a challenge that has been effectively met using a selection of products from our timber and solid floor range linked to a hybrid renewable energy source.

Fort Albert on the Isle of Wight was completed in 1856 to defend the Needles Passage, which gives access to Portsmouth with its strategically important naval dockyard. Still in use during World War II, it remained in military ownership until the 1950s, when it was sold and converted for domestic use. It still offered little comfort for its occupants until the current owners began a comprehensive refurbishment and improvement project. The Isle of Wight is actually on course to become the first zero carbon area of Britain and Fort Albert’s owners accordingly commissioned an advanced building services solution, which utilises an air source heat pump and solar thermal panels to harvest free energy to supply the heating and hot water. PV panels also help meet the large home’s electricity needs, but in order to achieve the most efficient transference from the heat pump to the occupied spaces, OMNIE TorFloor Batten, TorFloor Suspended and LowBoard systems were used on both ground and upper floors. 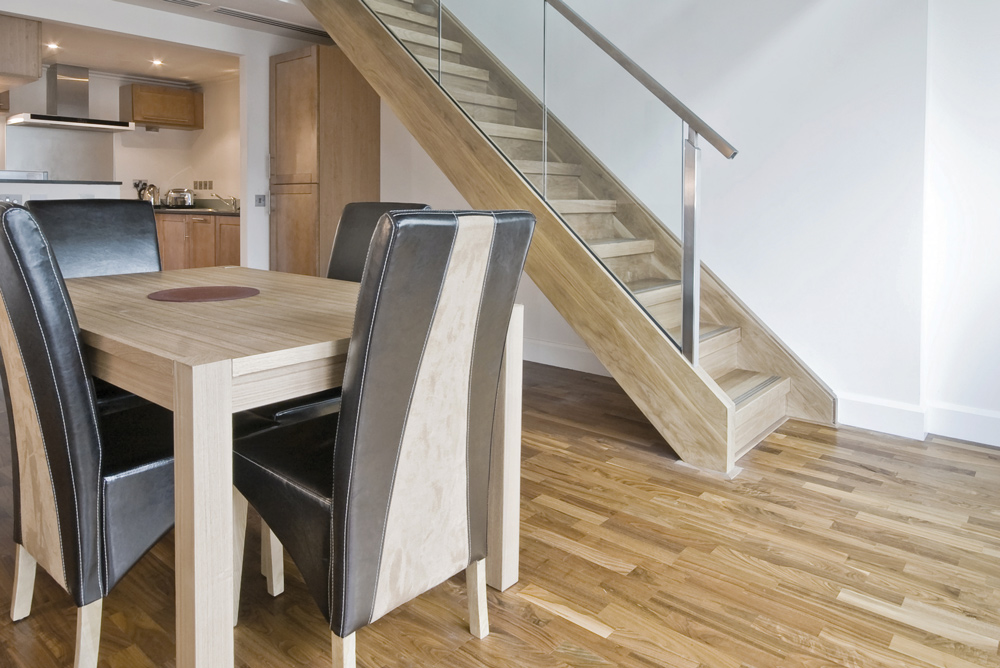 Addressing the unusual layout to the former fort with its variations in floor construction, our technical department provided comprehensive floor-plans showing the positions of the multiple heating loops and the locations of the manifolds, as well as section drawings indicating the depths of the different layers to the systems. Across the ground floor, the entrance hall, sitting room, dining-room and kitchen, OMNIE TorFloor Suspended and TorFloor Batten were used, with LowBoard employed across the concrete slab within the area of the old look-out tower. These were connected up via two manifolds: the first feeding a dozen loops containing almost 700m of pipe, while the second had a further 540m in eight loops. Up on the first floor, a further two manifolds feed the underfloor heating in five bedrooms and varying sizes of bathrooms, all using OMNIE TorFloor Suspended. Here nine loops are connected to one manifold that features just two loops with 123m of pipe, while the second feeds nine loops running for over 400m.
Although the builders had fitted insulation between the joists to help ensure the efficiency of the heat transfer to the rooms, the installer took just four days to install the 1800m of pipework and other components from our three OMNIE underfloor heating systems. The M&E specialist also connected the underfloor heating to the hybrid heat pump and solar system on the fort’s roof. Given the technical and logistical challenges of the installation within a building which requires respect as a historic monument, Fort Albert stands as a landmark installation for our high performance underfloor heating and free comprehensive system design service.

Already have an OMNIE product or system?

Get in touch with your local expert

Chat online with a project manager